“MY LOVE IS YOURS” 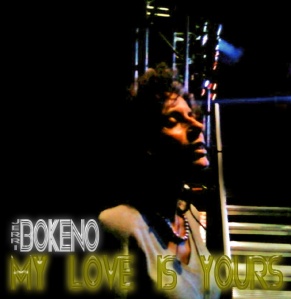 will be available on iTunes on Valentine’s Day!!

Dance/Pop singer/songwriter Jerri Bokeno is releasing the deliriously ambient track “My Love Is Yours” on Valentine’s Day, February 14, 2012, on Young Pals Music. The new song, perhaps her most sultry record to date will premiere simultaneously on radio and all digital music platforms.

The haunting, sensuous song was produced by Ayhan Sahin, whose credits include projects with five “American Idol” finalists and productions with such superstars as Olivia Newton-John, Sandra Bernhard, and Sezen Aksu.

Written by Bokeno, Susanne White and Sahin, it pledges never-ending love with poetic refrains sung and spoken in French and English. These three successful songwriters have joined forces to create another potential hit that universally speaks to lovers the world over.

Jerri Bokeno has collaborated and worked with superstars ranging from Phil Spector to Cher. She has served as lead vocalist for numerous dance groove groups, including El Coco, Downtown Girls and Coney Island Chorus Girls, as well as a featured vocalist for jazz aficionado David Benoit. She is thrilled to be working with Young Pals Music and looks forward to future singles and collaborations with producer and owner, Ayhan Sahin.

An accompanying music video lensed by Christopher Holmes/Holmeswood Features will showcase Bokeno in the upcoming months.