Singer/Songwriter on Young Pals’ Records Release: ‘I believe in a sense of uniting, simplistic, Lennon-inspired love. Everyone can use love.’ 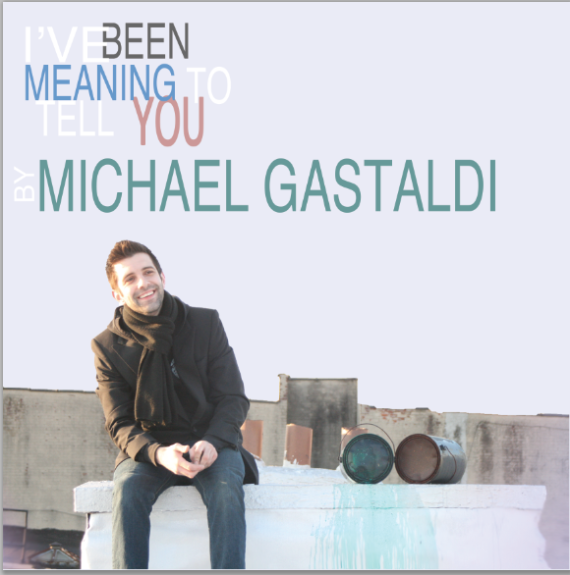 In a music world that is often polished and glossed to the point of being manufactured into a prefabricated sonic concoction, Michael Gastaldi is the real deal, baby. In fact, while working with acclaimed New York-based producer Ayhan Sahin on debut solo EP “I’ve Been Meaning To Tell You,” the singer/songwriter insisted: “No vocal correction, what I sing is what you hear.”

Indeed, the five songs on Gastaldi’s debut solo effort offer a true-to-life snapshot of an intrepid performer, undaunted by the notion of submitting his vulnerabilities, accompanied by a lyrical template about love, faith, fate and life in the moment. He notes, “These are realizations and revelations to show how people have impacted me and my journey, and how much I care for them. Every song ends on a positive note or with hope. I hope that listeners see there is beauty in discord; sometimes you just have to find it.”

Meanwhile, the acoustic instrumentation throughout “I’ve Been Meaning To Tell You,” released by on Young Pals Records, gently chugs alongside in coordinated unison. Consider Gastaldi a millennial version of Bob Dylan meets Willie Nelson, with a dollop of John Mayer…

His mandate to “keep it real” likely has to do with Gastaldi’s Midwestern roots. He grew up in the outskirts of Kenosha, Wis., a municipality with strong ties to both the Milwaukee and Chicago metros. At age 7, he began voice lessons and was fascinated by the realization that music is a magical mechanism to tell stories with the potential to forever mark moments in time. By middle school he was singing lead in local ska/punk group Bandwich, followed by ska outfit Loser Takes All, which released an indie EP after accumulating a formidable regional following.

Soon after, Gastaldi ventured to the University of Wisconsin in Stevens Point, earning a Bachelor of Fine Arts. It’s there that he developed appreciation for the organic feel of folk and roots music, especially given the school’s vicinity to a natural reserve, with some 200 acres of open land surrounding nearby Sunset Lake—not unlike his upbringing in the rural reaches of Kenosha. 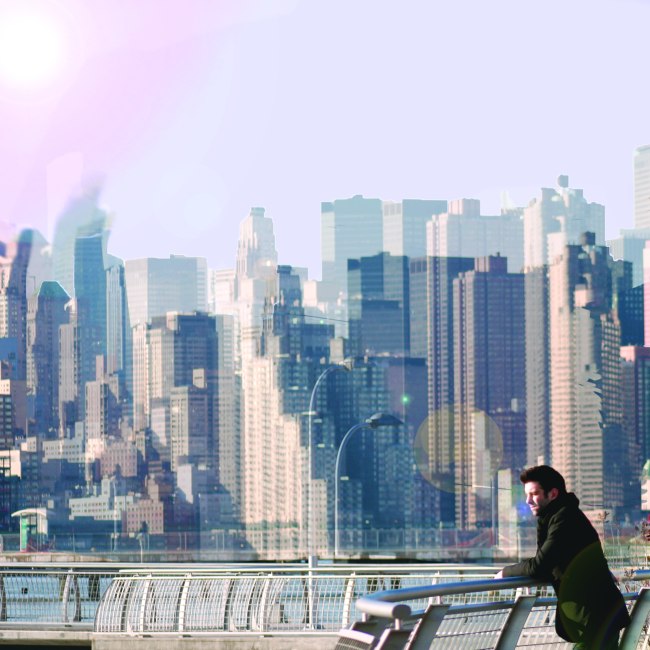 But what man can truly absorb a world purview without tempting the new and unfamiliar? That quest landed the artist in America’s largest city, New York, settling in Brooklyn. And now he is flying solo with “I’ve Been Meaning To Tell You,” for which he composed the five songs, sings all vocals and contributes acoustic guitars… which he plays by ear, mind you… with his mind’s eye convinced that this methodology keeps the music honest and true.

Gastaldi says, “I write with my acoustic guitar and find a melody to complement the simplicity and rustic sound of that instrument. It reminds me of being at home in the country and in the nature reserve where I grew up and thrived.”

That organic integrity is apparent in album opener “Intro,” in which he strums with burgeoning ardor, singing, “Call me crazy but I’m in love. Momma said, ‘You gotta try it once.’/You learn it best when it’s all fucked up, you never know when your time’s gonna come”… In country-folk anthem “Right As Rain,” Gastaldi amps the tempo to a giddy gallop, featuring a layered vocal, a force field of percussion and a rip-roaring harmonica backdrop (courtesy of Jacob Horstmeier).

That same instrument charts a different course in “Keep Her Safe”—in which Gastaldi most conjures Willie Nelson—with a gentle sweep of keyboards, light percussion and, this time, a weeping, wanton harmonica… In the Americana-inspired track “Keep Her Safe,” he offers a sweet ode to Mom: “My biggest worry is finding clean socks, you already taught me how to walk, you’re the reason I can talk/I know I owe you much more than this song… I love you.”

Anecdotal track “Everything I Am” soars with playful percussion and tickling, tinkling bells as he paints a dissonant lyrical portrait of longing for a rerun of yesterday: “What I wouldn’t give to be eating breakfast in bed together, to be laying beside you smiling, so I can give you everything I am/If there’s something I can’t see, take the lead, I’ll take your hand.”

And the hit-worthy “Be There Soon” is a playful invitation to accompany Gastaldi on the adventure behind life’s every corner, adorned with background “aaahs” straight from the ‘70s, mod squad electric guitars, a groovy organ and percussion that snips and snaps with precision. He declares, “I’m a wildfire with an innocent desire to live, eating every moment up, no signs of any give/I may be aiming at the ceiling, but I’m shooting for the moon.”

What Gastaldi shows us throughout “I’ve Been Meaning To Tell You” is that one can set up residence in the bucolic town of Kenosha, Wis., or the bustling borough of Brooklyn—but the heart has its own home. “I believe in a sense of uniting, simplistic, Lennon-inspired love that I hope to show and share through this album,” he says. “It is always good to give people love. Everyone can use love. It is also absolutely reflective of Wisconsin—how it feels and breathes—because that is such a major part of who I am. I don’t want to ever let that go.”