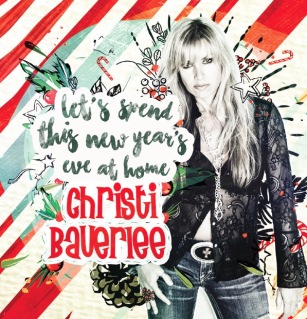 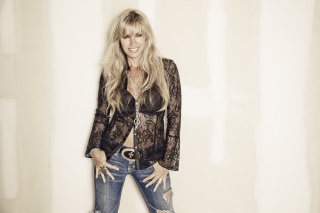 Vocalist Bauerlee is renowned as a singer, actress and model, with appearances in such TV shows and films as “Something about Mary,” “Days of Our Lives,” “Lawless,” “Jake 2.0,” “Family Law,” “Striptease” and “Gilmore Girls.” She has performed on “Jay Leno,” “The Late Night Show” and the Grand Ole Opry; and notably, is also known to much of America—without seeing her face—as the vocalist behind the theme song for CBS-TV’s hit series “Family Law,” where she sings a cover of the Edwin Starr classic “War.”
As a contestant on the beloved “Star Search,” Bauerlee was seen and heard on 250 syndicated TV stations around the country. In addition to being invited to record background vocals for Neil Young, solo achievements include the 2010 single and accompanying music video for the country-flavored “Show Me Who You Are.”
“New Years Eve At Home” was produced and written by Ayhan Sahin—the founder & executive producer of Young Pals Music—and industry veteran Bernadette O’Reilly, with additional lyrics from award-winning Billboard writer & editor Chuck Taylor. Musicians comprise: Mike Sorrentino on drums, bassist Carras Paton, guitarist Boo Refiners, Rob Preuss on keyboards, Tom Gallaher on piano, and saxist Carras Paton. Jerri Bocchino and Keith Fluitt provide backing vocals.
Bauerlee and Sahin’s initial meeting defines the essence of serendipity. Both were vacationing in Costa 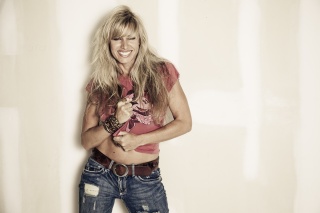 Rico, when she overheard him talking about his 15 years of songwriting and production over dinner at the next table. When he rose, she asked if he was Turkish—because she had previously hosted a TV show in Istanbul. They remained closely in touch, and finally this year in 2015, their bond was etched… through the magic of music collaboration.

“New Year’s” is the launch single from “Pop,” the debut solo album from Sahin. The 10-track collective brings together 12+ diverse vocalists and musicians, blending organic instrumentation amid a myriad of styles, including R&B; soul, dance, rock, latin, country and of course… pop. All songs are written and co-produced with O’Reilly, who has also worked for three decades in artist relations, management and hit song placement.
The “Pop” album is due for release in first-quarter 2016.